Skip to content
Posted on December 4, 2019 by GT Salamone

I admittedly have not kept up with this column this year, my 0-5 start combined with few nominations from others brought my motivation level to an all time low. I have decided to make a return now that I snuck into playoffs and avoided becoming Sackomone once again.

In all honesty, I probably don’t even need to write this column this week. I am sure that as soon as I send this link you will know who is winning the award this week without even reading it.

For the SECOND YEAR IN A ROW Sacko made a horrible coaching decision that has altered who makes the playoffs. Last year, Donald made it in (and became champion) because Sacko started a backup TE who scored 0 points that week. This year, Sacko needed 2.9 points from a receiver, guess what Sacko did??? He started Will Fuller (41st ranked WR) over Stefon Diggs (21st ranked WR).

Why would such a boneheaded move make Sacko deserve SOTW? Well, 2 reasons:

The best part is that it was a last minute change, which he announced to the group!

Thank you Sacko, you are a gem. I leave you all with some screenshots from the night so we can always look back and enjoy without scrolling. 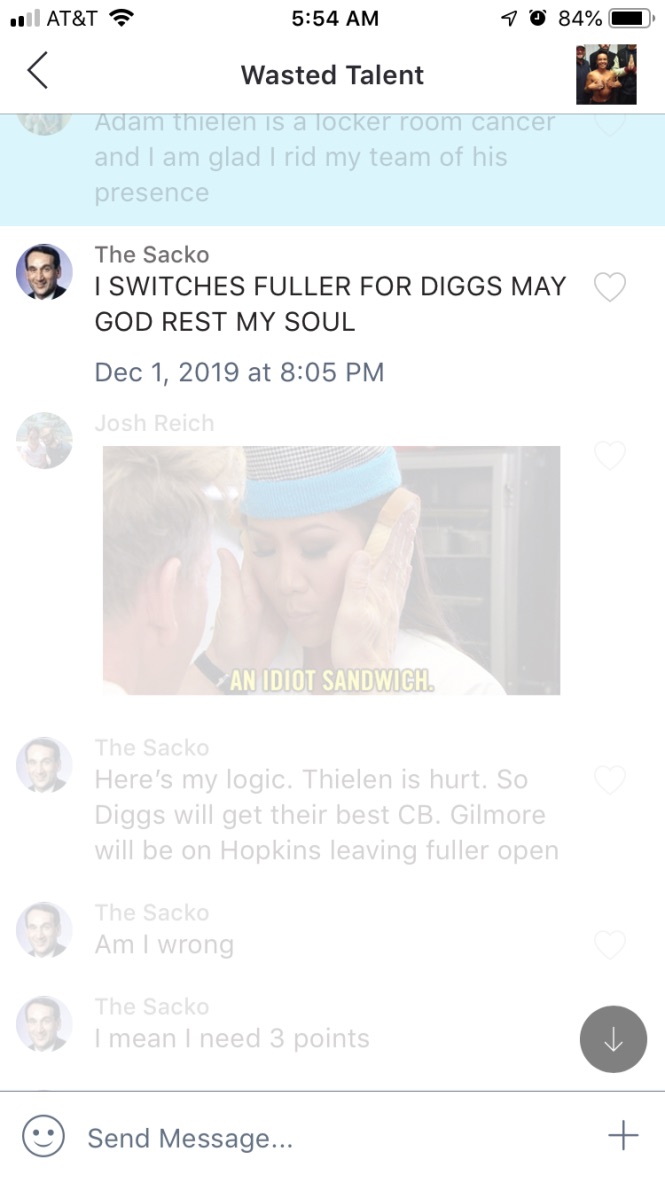 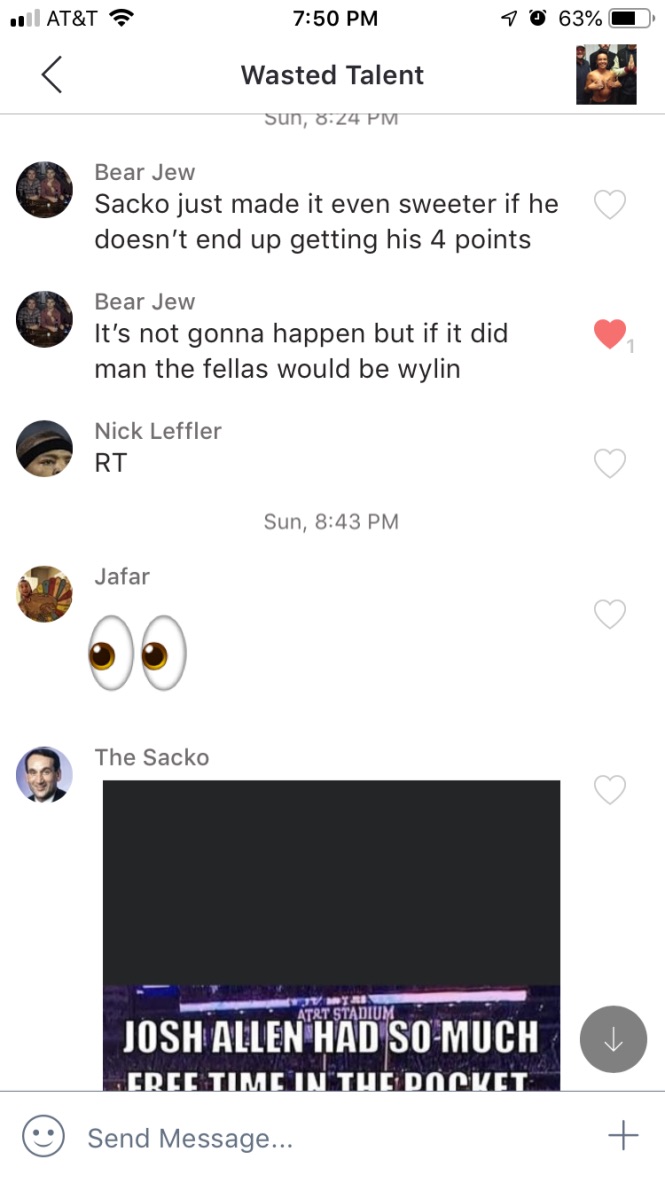 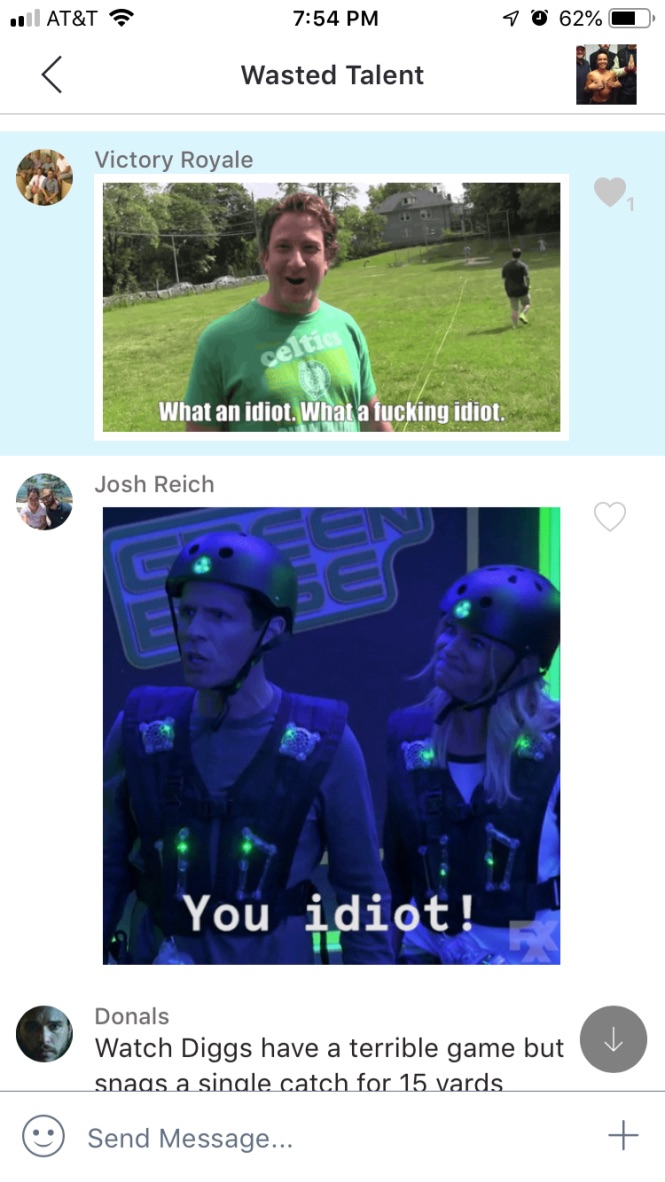 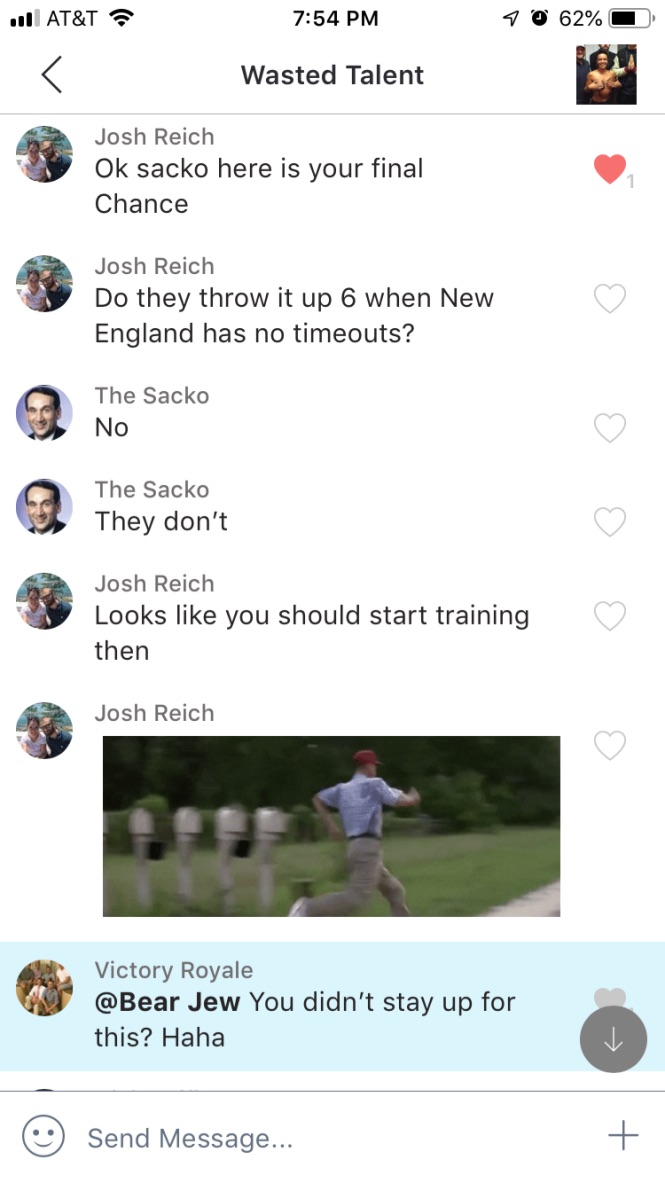 Shoutout to that dumb blogger NickLeff9. The anonymous guy who had me in either 9th or 10th place in his power rankings for the last 7 weeks of the season. Jokes on him! My team plays better when they are disrespected so I went on a 6-1 run.