Did you miss me?

You all had a glimpse of what it would look like if I fell off the face of the earth last week and I speak for everyone when I say, it was euphoric.  Unfortunately I am back and I am back with a vengeance. Maybe not in fantasy but definitely in blogging.  You might be surprised to learn that I do not handle losing well *an audible gasp sweeps across the room*.  That is why this week I will be going team by team through the playoff contenders and giving you one big reason they will NOT be the Naomi Bowl champion this season, followed by a prediction of each playoff game this week, Sacko and Naomi alike.  Lets hope I can finish this before the games start *checks watch*.

Conventional wisdom tells you that there are no holes that this kid can’t fill, whether it is a  poor future stripper desperately in need of Invisalign or his fantasy football lineup. While this may be true Jason could have a kryptonite that he hasn’t though about all along.

Jason has been fully engorged by video games lately and that could spell disaster for our young fire haired friend.  Jason may rub his shmeckle dry learning all of his “mains” variations of “techs” and not have any juice left to carry his boys to the promise land for a 3rd time.  Jason if you think you need help the Addiction Hotline’s number is:

Donald has continued to skate by all season on the misfortune of others and that misfortune has carried him to a #2 seed. Keegan’s inability to put out a tight end that could get one catch led directly to the improbable predicament we see ourselves in today.  Not only could Keegan not best Donald in a an absolute slug-fest last week, he is also going to be hurt in places hes never been hurt before when the Great Game-Off of 2019 comes to town.  But I digress, I could choose 100 reasons why Donald will not be Naomi Champion this year but I only need one.  Diversity. That’s right, Donald has TOO MUCH diversity.  Donald has to rely on players from 6 different teams to do well rather than just the Falcons. He also has the lowest point for of any playoff team in history (not fact checked so fuck you if I am wrong).

Ahh it is that time of the year again, the air is getting colder, snow is falling and Fantasy owners everywhere are hoping to turn regular season success into a Championship. It is Choking SZN folks and I for one, am here for it.  While some other teams may have statistical reasons for their inability to win the chip this year, Josh is being held back by an intangible.  I would compare Josh’s lack of the clutch gene to Lebron’s performances in the playoffs but Lebron has actually been to the mountain top and claimed a championship trophy as his own.  Josh, even after attempting to harness some of Don’s championship magic by starting almost strictly players from one team, will undoubtedly fall short again. It’s like a train wreck, you want to look away but you can’t. Sad. 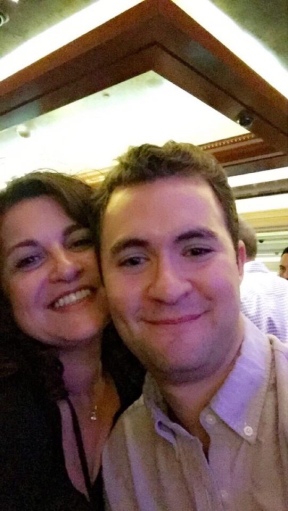 Jordan is actually my Dark Horse going into this year’s Naomi Bowl Playoffs but there is one glaring reason he won’t be able to finish off the season with the ultimate prize.  Sex. Since Jordan has begun to have steady sex with a beautiful woman (not pictured above), he has 0 championships and an abysmal record in Fanduel as well.  Jordan, take the approach that Jason has en route to his first 2 championships, celibacy.  Continue that No Nut November all the way until January just to make sure you guarantee victory.  If you already engaged in coitus this week then your fate has been sealed.

The only thing worse than this haircut is Zeglen’s odds to win the Naomi this year.  Don’t get me wrong I think his team is scary as hell going forward but we already know why he won’t be making it past this week. Zeglen decided he needed someone to make a splash in order to beat Jordan this week so he took out the ever-mediocre Derrick Henry and replaced him with a 35 year old running back who has less than 16 points on the entire season. Henry heard of Zeglen’s decision all the way down in Nashville and decided, “Fuck that Nick Zeglen guy”.  He went off for a Titan’s record 238 yards and 4 TDs on Nick’s bench.  Please send draft picks in lieu of flowers. 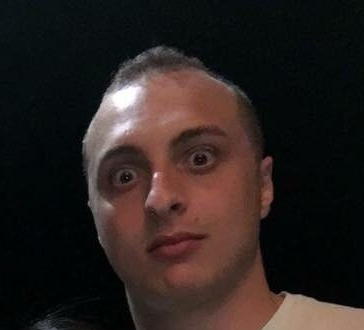 It is truly unfortunate the position Greg is in going into the Naomi Playoffs.  He has almost 200 more points for than points against, yet he still barely squeaked into playoffs.  It has been a frustrating season for Greg and I don’t think that changes this week.  In order for Josh to choke he has to at least win one playoff game and unfortunately that means Greg will be packing his things this week. In typical 2018 GT fashion he will probably put up around 165 points this week and lose by .2 on a couple QB kneels or something crazy like that, imagine if that ever happened to someone. That would suck so bad.