Well folks, the naysayers and haters that I have called out many times in the past have finally grown the cojones to come out of the woodwork and imprudently send their very own Joshua Reich to challenge Gus on his weekly winners. Boy oh boy was I salivating at the prospect of taking on this poor sap when he presented these terms. Let me lay it out for those who haven’t taken the time to read Josh’s first poorly written post: 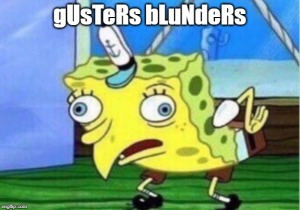 Each week I will continue to post my 5 best college and 5 best pro football bets, just as I previously have done. Josh will be selecting at least 1 of my picks to challenge against the spread, although he may select as many as he would like. Whichever man has more winners on that given week will be given a point for the entire week. If Josh decides to pick an even number of challenges and we split, that weeks point will roll over into the following week. By the end of the regular season, whoever has won more weeks will be given the power of indentured servitude over the loser for the duration of the 2020 draft weekend. Got it? Good, because I am about to recap how week 1’s challenge unfolded.

This was a game that I loved going into the week for a couple of reasons. Touching back on some of the guiding principles that I mentioned in my last post, there was a massive public overreaction to the Andrew Luck retirement and the Colts were thrown into the trash which resulted in a massive drop in the spread. What the public neglected to realize (much like that sap Josh) is that the Colts still have one of the most well rounded rosters and coaching staffs in the league and while the QB is the most important guy on the field, the spread was too big considering significant injuries/holdouts that the Chargers were dealing with as well. Josh fell right into the trap on this one and despite the Colts only covering by half a point it should have been much more comfortable as Vinateri had a historically bad day and missed 2 field goals and an extra point, despite which they were still able to get the game to overtime. 1-0 Gus.

We all saw the massacre that occurred on Sunday night so there is obviously not much of an excuse that can be made on my miss here, but I will explain what my train of thought was in making it. September is historically New England’s worst month of the year. This is one of those between the lines trends that you have to give some thought to. The Patriots know that they will be playing football games in January. Its a fact. Belichick tends to treat the first month of the year as an extended pre-season and hold back some of his playbook so it stays off the tape. Its a good opportunity for teams to keep it close, which is what I was looking for. Unfortunately the other side of the story is that the Patriots can manage beat the pulp out of just about anyone using a fraction of the playbook and the water boy at right guard. Betting against New England is a dangerous game, we’ll leave it at that. 1-1.

All the marbles in week 1 would come down to the premier Monday night showdown where the Texans were getting a full touchdown against the Saints. I drew on the Saints similar tendency to start the year slow, as they haven’t won in week 1 since 2013. The Texans have also made some significant improvements to support Deshaun Watson which wasn’t being properly reflected in the spread – likely another side effect of publicly over bet teams like the Saints. This would turn out to be the most exciting game of the week with Houston in control for three quarters until the Saints made a fourth quarter comeback only to allow the Texans to regain the lead within the final minute on a two play drive. Somehow the Saints were able to march right back down the field where Will Lutz nailed the game winning 58 yard field goal all while I sat back and enjoyed a safe cover. 2-1 & week 1 goes to Gus.

To quote Josh’s title of his first post “Silly Gus, tHoSe aRe sUpEr bOwL cOnTenDeRs”. Well that may be so, but you don’t need to cover games to win Super Bowls. Write that down for next week Joshy boy.

Since I have given some detailed breakdowns of this weeks challenged picks i’ll keep it brief in review of my other picks for you guys.

College picks – [4-1] Gus was on the money with his first batch of NCAA winners. Maryland, Missouri and North Carolina all took care of business in convincing fashion leaving none of their faithful backers to break a sweat at any point. Texas A&M looked like a loser for most of the day and were clearly over-matched by the elite Clemson defense, however the nice thing about a big underdog spread is it always leaves a little cushion for the backdoor cover. On 4th and goal from the 2 yard line with 6 seconds left on the clock and the Aggies down by 21, Kellen Mond was able to find his man for the covering touchdown and secured the bag for the Guster crew. Man a backdoor cover just slaps different, let me tell ya. The lone loser on the day was Texas in the featured top 10 match up against LSU. A garbage time touchdown by the Longhorns pulled them within 7 but unless you had the wherewithal to buy half a point they would fall short. A great Saturday to start the year.

Pro picks – [3-2] As you read above, we were 2-1 of the three challenged picks leaving the two remaining games to be Baltimore -6.5 & Seattle -9.5. Baltimore was most likely the easiest cover of the year as they demolished the Dolphins in Miami. Keep an eye on both of these teams who will be sure to see some public overreaction to the massive score from week 1. Even horrible teams like this one in Miami can have value if the number is right. Seattle couldn’t seem to shake off a pesky Cincinnati team and would only win by 1 point. Looks like Seattle may still be adjusting to some personnel changes on both sides of the ball. Overall a winning Sunday to cap off a very successful weekend.

*DISCLAIMER: GUSTER’S GUARANTEES IS NOT LIABLE FOR ANY WAGERS LOST IN RELATION TO ANY SUGGESTIONS MADE DURING THIS SEGMENT*

View all posts by guster69