Skip to content
Posted on September 23, 2018September 25, 2018 by nickleff9
It is Week 3 and our Matchup of the Week is about to take a wild, unexpected turn. What kind of surprise could we have in store for all of you? Well, its a big one.  This week, and for the rest of the season we are implementing expert picks. We will be pulling “experts” from across the league, and even outside of it to evaluate the Matchup of the Week along side me, your beloved Frank. This weeks experts are: 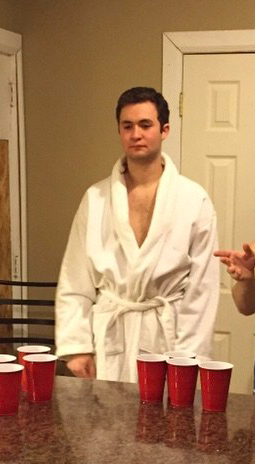 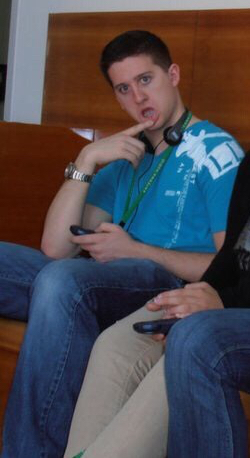 This week we have an absolute powerhouse match up between two bonafide superstars in the Fantasy Football world.  Of course I am talking about our own Jafaris Jamar Jafarison-Lamar and the Rushin Collusion squad headed up by our Supreme Leader (knee bend: activated). Without further ado I give you this weeks Matchup of the Week.

Expert 1: Don Eaves
Big Ben: Why you ask? Well I hate Tom and think the Lions have a chance to hold him in check… I hope. Except I want Josh Gordon to have an amazing day. And then Tom gets his femur broken and the world will be good again. But I also think that the TB PIT game is gonna be high scoring giving Ben more chances for touchdowns and yards.
Expert 2: Jordan Marchfeld
Brady: With the Steelers locker room in disarray and going on the road to play a red hot Tampa team I give Brady a firm edge with the favorable matchup against Detroit. Can’t trust Big Ben on the road.
Frank
Brady: Don Eaves makes a very strong case but conventional wisdom has me sticking with the tried and true method of picking Tom Brady.  One question I have for Don Eaves is, have you ever heard of Road Ben? He is a bum in every sense of the word.  I hate Ben and his walking boot, Brady will roll this matchup

Don Eaves
Elliott and Gurley: This is too easy. Jafar takes the cake in this category against anyone in the league right now. While Josh has gotten a lot of points out of Conner and Gordon, I think Elliott and Gurley out class them overall.
Jordan Marchfeld
Elliott and Gurley: Gurley and Gordon will go head to head this week at the Coliseum with both having excellent starts to the year. I expect the Chargers to put up a fight but without some key defensive players for LAC I think Gurley and the Rams will have a more fruitful day. Conner & Elliott have also had excellent production so far but I think Pittsburgh will find itself in a shootout and carries will be less bountiful for Conner.
Frank
Elliott and Gurley: I ALMOST went with Conner and Gordon here to add some variety because variety is the spice of life, but I value being right more than anything, ask Donald he will tell ya.

Don Eaves
Thomas and Brown: This is a tough one boys. I’m would take Brown over Hopkins because I think he is all fired up and wants to win BAD so he might come out hard fast and long to bring home the W. I’d take Thomas over Beckham this week because I think Thomas will get more targets this week and his QB will have more time in the pocket comparatively giving him a higher chance to rack up the points. So overall I think I’m gonna take Josh on this one but both sets should score a ton of points.
Jordan Marchfeld
Thomas and Brown: This matchup boils down to one thing for me – QB production. Clear advantage for Josh’s receivers and I expect a large margin of difference between these two pairs.
Frank
OBJ and Hopkins: This time I am going to switch it up from our other experts.  Road Ben, as previously stated, is a BUM.  The Giants and Texans play each other this week and that only means one thing for these two stud wideouts, PRODUCTION. Look for Deshaun Watson to find his groove and Odell to catch a long touchdown that will be well worth the wait for a breakout performance.

Don Eaves
Gronk: Josh wins this one because everyone knows Brady and Gronk love each other. I heard they have an agreement that for every time Brady targets Gronk, Gronk has to let Tom tickle his pickle for one minute.
Jordan Marchfeld
Gronk: Very slim margin on this one. Both guys have favorable opponents and I expect each of them to put up good numbers this week but I have to give Gronk the edge after being shut down by Ramsey & co. last week. It’s very hard to keep a guy like that quiet two weeks in a row with an extra day to prepare. Expect a big day from 87 on Sunday night.
Frank
Gronk: The biggest factor that separates these two for me is likeability.  Kelce had a dating show, a DATING SHOW.  Bro, you make millions of dollars a year, fuckin walk down the street and leave a trail of hundred dollar bills, you’ll be fine. Meanwhile, Gronk is a dating an absolute smoke (Click here to confirm), and probably putting his brother through a table as we speak.  Gronk all the way.

Keenan Allen: Jafar because Allen is way above Robinson in my opinion. Don’t deserve to be in the same convo really.
Jordan Marchfeld
Keenan Allen: I foresee this matchup to be low scoring with both receivers opposing top secondary talent on Sunday. Keenan Allen is the more talented player with a better offense around him so I will give him the edge but don’t expect either of these guys to hit 100 yards on the day. This one will come down to who can find the end zone.
Frank
Allen Robinson: Robinson has yet to find the endzone this year but I expect that to change early on in this game as the woeful Arizona Cardinals will have no answer for Mitch the Bitch and his golden arm.  Mitchell loves Allen Robinson almost as much as he loves kissin’ titties.

In the most contentious Matchup of the Week yet, Jason takes it by an overall score of 8-7.  With this game virtually up in the air, I would keep your eyes glued to your mobile device all day Sunday because you will not want to miss a second of this action.
Thanks for supporting the homies. God is love, Rev Run.